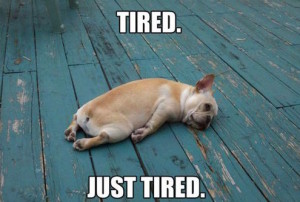 Today was my first day doing MP45. While is too soon to talk good or bad about the program, I wanted to do a quick review today, and then start doing weekly summaries about the progress in general, including meals and workouts.

How was my first impression in regards to the workout. While I had already written down on my notepad each set I needed to do, so when the time came I only had to write the weight and reps information along with any notes for future reference, I didn’t realize how intense the workout was going to be. Personally, I truly believe this program is really not beginner friendly. Let’s just say that even if a beginner was to use light weights, enough to achieve failure or a max amount of reps as stated on the program, they would probably end up light headed, throwing up or running out of energy before the workout is over.

The program claims that it should be completed in about an hour or so, and even though I timed my breaks between sets and exercises, it took me a little over 2 hours from beginning to end (I use an app to calculate my calories burned which I turn on as soon as I start working out and turn it off when I’m done). The intensity is really high. Each exercise during this first workout consisted of strip-sets, which by the end of each set your muscles were already hitting failure, which was the goal by the way.

There’s also a lot of running, which I think could be a major issue for those with bad knees or other health issues that running can be a problem. I’m guessing other alternatives could be used, like the elliptical or any other form of cardiovascular exercises.

In general, the workout really made me sweat, feel sore, and was completely different from what I’m used to, but again, I truly believe this isn’t beginner friendly. This first day was serious when it comes to intensity and even if a beginner finishes the workout, I suspect the DOMS will be an issue a day or two after the workout. The meal plan has kept me from feeling hungry, which is a good thing, but nothing I can really talk about until the end of the week where I’ll have studied how my body reacts to this plan. Until then, keep working out and bring the beast in you!